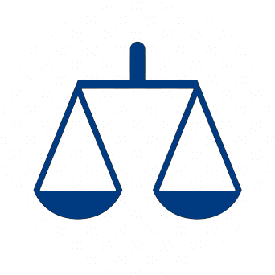 Industry 4.0 is supposed to automate many repetitive tasks, primarily performed by women, hence increasing the qualitative content of their work. Moreover, new technologies can compensate some of the declining physical abilities of an aging workforce and create new working opportunities for disabled or chronically ill workers. However, the under-representation of women in key growth areas (i.e., jobs requiring STEM skills), their concentration in non-standard employment relations and the blurring boundaries between work and private life, as well as the cultural and organisational barriers to the inclusion of migrant and disabled workers in workplaces are raising serious concerns about persisting or even worsening inequalities based on gender, age and ethnic origin. By and large, the old ‘macho’ culture is difficult to get rid of especially in traditionally manual, cumbersome and maledominated industrial settings, where it may create obstacles to safety and reasonable accommodation measures for disabled, ill or elderly workers, digital technologies taking over hazardous tasks and gender equality plans; it may even create avenues for discrimination against LGBTQ+ people. In the age of demographic change, overturning this culture and tailoring work settings to the needs of an increasingly diversified workforce are thus pivotal to create safe, sustainable and flexible workplaces better suited for the future of work.

To deal with this challenge, workers’ reps should make sure new work settings are designed by integrating the demographic perspective; periodical assessments of individual workers’ tasks and abilities can allow planning their career development according to their specific needs, by also benefiting from the introduction

of new technologies. Workers’ reps should also promote prevention measures against the risk of chronic diseases at work and training courses and information activities on gender issues; they should raise workers’ awareness of these topics and contrast potential discriminatory conducts based on gender, sexual orientation, age and ethnic or social origin, by signing collective agreements in this field and drafting joint action plans with management. Within the framework of these plans, workers’ reps should make sure that women are adequately represented in workplaces at all levels of the hierarchical structure; they should also negotiate over the introduction of work-life balance initiatives to sustain the work of women, disabled and chronically ill people. Overall, workers’ reps should proactively contribute to the creation of equal organisations and a workplace culture supporting everyone.

According to the Act No. 3/2007, Spanish companies with more than 250 employees shall negotiate with workers’ representatives a gender equality plan. An example is represented by the Equality Plan between Women and Men (Plan de igualdad entre mujeres y hombres) signed on 27 September 2018 at Siemens Rail Automation. The Plan comprises 62 intervention measures in 10 broader areas: The plan also specifies the company departments responsible for carrying out the activities and their specific timing. A steering committee monitors the overall plan, composed of 2 corporate managers and 2 workers’ representatives, which is also in charge of evaluating the efficacy of the plan and its impact on the organisation.

The ‘Stop Macho Culture’ Project in the Swedish Construction Industry

In Sweden, the associations representing construction workers (Byggnads) and managers (Byggcheferna) are conducting a joint project, named ‘Stop the macho culture’, which is aimed at fostering diversity and equality in the sector. The goal is to create an industry where everyone is equally welcome, regardless of gender, age, sexual orientation, ethnic background or disability. ‘Stop macho culture’ started as a nationwide media campaign in 2015 in response to the threat of labour shortage in construction. At that time, 99% of workers in the sector were male, while less than 10% of managers were female. The campaign questioned bad jargon, social norms and excluding behaviours. Through subway advertising, social media videos, debate articles, workshops and more, it had a strong impact on the industry. ‘Stop macho culture’ is now run as a project without a time limit. It is a platform in the common struggle for a fair and equal industry. Although the Swedish construction industry still have problems with gender inequality, heteronormativity and weak diversity, the ‘Stop macho culture’ project has facilitated the development of new initiatives for increased equality and diversity. All of the major companies are actively working on these matters. ‘Stop macho culture’ will continue to spread the message until the Swedish construction industry is a place where everyone enjoys the same opportunities.
Further information at https://stoppamachokulturen.nu.

In March 2017, a collective agreement was signed at the pharmaceutical company Merck Serono with the aim to adhere to the national ‘Experimental project supporting the inclusion of disabled people in workplaces’ and establish a joint labour-management Observatory, dedicated to the integration of people with disability. According to the Italian legislation, indeed, the costs borne by companies for the introduction of new technologies and the elimination of architectural barriers can be partly reimbursed by the regional Fund for the employment of disabled people. Moreover, the Merck Serono agreement specifies that the Observatory is to be composed of company representatives including a ‘Disability manager’ and trade unionists as well as supported by the occupational physician and the company Head for the prevention and protection service. After less than one year from the agreement, in 2018 Merck Serono signed a territorial partnership agreement with AISM (Italian Multiple Sclerosis Society), the employers’ association Unindustria of Rome, the ASPHI Foundation (promoting the inclusion of people with disabilities at school and at work through digital technologies) and local trade union representatives from FEMCA-CISL, FILCTEM-CGIL and UILTEC-UIL, with the aim of facilitating the recruitment of workers affected by multiple sclerosis at the Rome site of the company. Within the framework of the agreement, an experiential laboratory was organised with the support of AISM and the deployment of digital technologies, with the aim of enabling workers and managers to actually experience the impact of a certain disease on their physical capacities and making them sympathize with colleagues really affected by the chronic condition. Finally, on January 8, 2020, a Memorandum of Understanding was signed at the premises of Merck Serono by the Lazio region, the regional directorate of INAIL (National Institute for Insurance against Accidents at Work), the local trade unions and employers’ confederations and some associations of disabled people. The memorandum concerned the use of INAIL funds for carrying out, with the support of the public employment centres, projects of (re-)integration at work of people with disabilities, which may imply the breaking down of architectural barriers, the adaptation of workstations and the organisation of training activities.