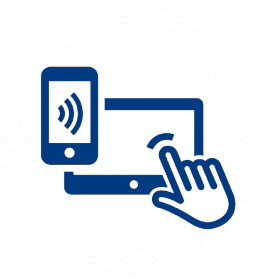 Digital technologies have the potential to support the actions of trade union organisations and workers’ representatives. Digital applications and social networks can allow for a better organisation of protests and demonstrations, more efficient and inclusive decision-making processes and additional ways of keeping in touch and communicating with a number of workers. However, algorithms are blamed for fissuring the relationship between workers and an organisation, by both taking over human resources’ functions, traditionally performed by managers in the flesh, and enabling firms to source labour from all over the world. Therefore, digitalisation is deemed to create an increasingly organisationally and geographically disperse workforce, which is rather difficult to gather, organise and represent by traditional trade unions. The latter can also be seriously undermined in their bargaining role by technological tools fragmenting production processes and dispersing power centres.

To deal with this challenge, workers’ representatives should make use of advances in digital technologies to support their actions as regards recruiting and organising labour as well as bargaining and engaging with employers and other social and political players. They should consider digital devices as facilitators of

their role, in combination with more traditional and offline instruments and practices. The digital connection should be particularly enhanced to build and develop networks of workers on national and international scales.

The ‘Certified Digital Subscription’ for Trade Union Members in Italy

The Italian trade union FEMCA-CISL (representing workers in energy, apparel, chemistry and related sectors) has initiated a project concerning the ‘Certified Digital Subscription’, with the aim to provide a new and effective way to collect and keep track of single workers’ affiliations. This project, meant to respond to practical problems caused by the COVID-19 pandemic, was experimented at FEMCA-CISL local branches from June 2020 to February 2021. The ‘Certified Digital Subscription’ (intended as an alternative and not a replacement of the traditional paper one) has been designed for being a univocal and original document. The subscription occurs on a web application, which can be downloaded also on mobile devices. The identification and verification of new members are ensured by various elements such as the digital signature through an OTP system. The entire digital certification process as well as data preservation comply with existing privacy and data protection regulation. Digital subscriptions automatically enter into a database owned by the trade union confederation CISL. Moreover, employees and enterprises receive confirmations of subscriptions via certified emails. To technically implement this project, FEMCA-CISL established a partnership with a company accredited by the responsible Italian public agency for providing digital certificates.

In 2015, IG Metall promoted the launch of the platform ‘FairCrowdWork’, intended to gather crowd-workers from all over the world and allow them to exchange their views and rate working conditions on on-line labour platforms. Some researchers prototyped the rating system. The platform is now jointly managed and financed by IG Metall, the Austrian Chamber of Labour (Arbeiterkammer), the Austrian Trade Union Federation (Österreichischer Gewerkschaftsbund – ÖGB) and the Swedish white-collar un- 19 ion, Unionen, in association with research and development partners. This project can be ascribed to a broader strategy of the German union, aimed at expanding its traditional representation scope through the inclusion of new forms of work. In 2016, indeed, IG Metall opened itself to selfemployed members and signed the Frankfurt Paper on Platform-Based Work, a joint statement of several societal players in Europe and North America calling for transnational multi-stakeholder cooperation to ensure fair working conditions in digital labour platforms. In 2017, the German union, along with 8 European crowdsourcing platforms and the German Crowdsourcing Association (Deutscher Crowdsourcing Verband), established an ombudsman office to settle disputes among crowd-workers, clients and platforms. This office is also intended to enforce the ‘Crowdsourcing Code of Conduct’ signed by the same 8 digital platforms.
Further information at http://faircrowd.work.

During the 2019 elections’ round in Belgian companies, the trade union federations ACV-CSC Metea, ACV-CSC BIE and AC-CSC Voeding & Diensten developed, in cooperation with young workers’ representatives, an interactive group game named ‘Union Match’ to be played via tablets. The goal of the game was to ‘light the fuse of trade unionism’, that is to raise young workers’ awareness of the role and activities of trade unions, as well as to encourage them to play an active role as members, militants and future youth representatives in workplaces. The game is set in a virtual urban world where players experience real-life situations and ordinary labour challenges and have the opportunity to face them collectively, and even bargain, with other participants. Through the game, Belgian trade union organisations succeeded in convincing 30 young workers to run for labour elections in workplaces.